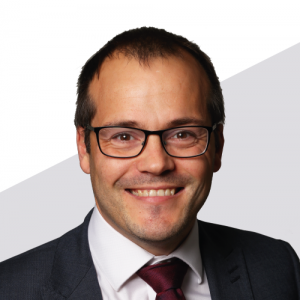 Welcome to the second of a series of blogs on why small DB pension schemes should insure and how they should go about doing it in order to get the best outcome.

The difference between brewers and pension schemes

I brew beer. Don’t think of a plastic bucket in your kitchen, think raw grain, crushed, mashed, boiled, cooled and then fermented. I’ve done it for years and love the process and the end product.

The brewing industry in recent years has gone through a revolution with the number of breweries increasing from around 500 in 2000 to almost 1,300 in 2015, and most of these new breweries are small (micro or nano as they are called). Why? What I know from my own brewing experience is there are fixed costs associated with brewing that are not immaterial and do not favour being small. Further I, and my fellow small brewers, are not able to source raw ingredients on the same terms as the giant breweries. Are people willing to pay more for craft beer? Maybe but not materially – in fact in my local pub (we still have one!) you pay the same for a pint whether it is from a big or a small brewery. So they must have a smaller margin? Again, probably but most small breweries are sustainable, profitable businesses, so what enables so many small breweries to thrive? The answer is Government intervention. Small breweries pay materially less (circa 50% less) duty than big breweries which gives them the life line needed to not just survive but to thrive.

In terms of inefficiencies and lack of economies of scale, small pension schemes have a lot in common with small breweries. And as per the brewing industry the vast majority of DB pensions schemes in the UK are small.

How inefficient are small schemes?

TPR undertook research into the running cost of DB schemes in the UK in 2014. This research showed that the mean per member cost of running a DB scheme was £1,054 for a small scheme versus £505 and £281 for medium and large schemes respectively.

Taking these numbers and projecting forward these costs and taking into account reducing memberships and inflation, K3’s modelling suggests that for small schemes expenses account for an additional liability of roughly 15% compared with 7% and 4% for medium and large schemes respectively.

For most schemes this figure is not captured within their technical provision or accounting liabilities.

Further, the costs above don’t include the indirect costs such as management time spent dealing with the pension scheme that would be better spent on their core business. Certainly from conversations I’ve had with businesses these indirect cost are felt heavily particular in SMEs.

For small schemes there are both head and tail winds acting upon them. The head winds are really a consequence of years of over regulation of DB schemes.

Regardless of whether your DB scheme is big or small you need to:

I think it is near certain that many SMEs would not have set up a DB scheme if the regulatory structure that is currently in place existed at the time. We should not forget that many of these schemes set up when spouses pensions, revaluation and the increasing of benefits was a discretionary benefit payable only if the scheme could afford them. Now they are compulsory benefits and even worse the mandated benefit forms are complex and have added additional costs (and liabilities) to running schemes, for example by mandating revalutation or pension increases to be linked to an inflation measure (and then changing it!).

The most recent example I can think of is GMP equalisation, adding on additional liability to DB schemes but also significant costs such as legal and actuarial advice, administration updates and member communications.

There is also more focus on governance and schemes are starting to use Independent Trustees more frequently. I have no arguments over the value that can bring, but again for smaller schemes it adds on an additional layer of cost.

It isn’t all bad news though. The pensions industry is full of innovation and solutions have developed to help smaller schemes access economies of scale.

Bundled solutions are fairly common now and offer schemes administration, investment and actuarial services all in one. This can, but doesn’t always, lead to lower costs. Pooled investment funds have become more sophisticated allowing smaller schemes access to investment strategies that once would have been only available for the larger schemes.

However, even with these innovations the advisory costs associated with pension schemes are not scaled with size. We specialise in helping schemes achieve buyout but the work involved for us is not 90% less for a £10m scheme than a £100m scheme. The same goes for almost all aspects of pensions work.

When schemes buyout they remove all future costs of running a scheme, so the key question is do small schemes pay more or less for expenses in their insurance premiums than what they would pay in future if they continued to run as a pension scheme sponsored by an employer?

Absolutely they do. However in many areas you get large scheme benefits as insurers are big with tens of thousands of policyholders and billions of assets under management.

Based on K3’s analysis of bulk annuity insurer pricing the table below shows the proportion that expenses make up of the insurance premium which you pay to secure your scheme. The table also shows the relative difference to what you currently will pay in an ongoing scheme.

What this blog along with our first blog on longevity risk have demonstrated is pound for pound small schemes have the most to gain from both a risk and expenses perspective from insurance. In our next blog we will start to look at how small schemes can position themselves to be attractive to the extremely busy insurance market.

How small DB pension schemes should go about insuring their liabilities