Will there be changes to bulk annuity affordability in 2021?

Will there be changes to bulk annuity affordability in 2021? 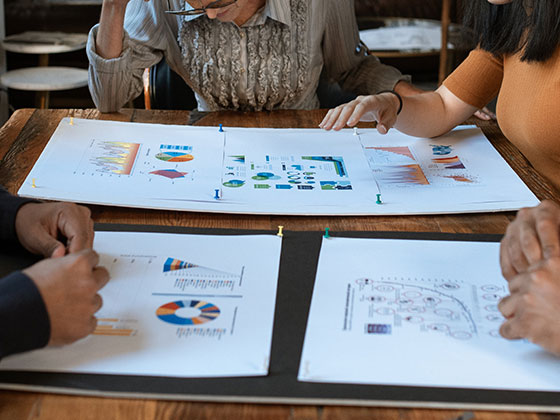 This is a complex question. The answer will come down to the combined effect of how a pension scheme’s asset portfolio performs and how insurer pricing moves…

For example, a 5% drop in insurance pricing is nothing to get excited about if your assets decrease in value by 10%.

To get the best price, it is important that you understand all the factors that might have an impact on bulk annuity insurers’ pricing. There are two key regulatory changes on the horizon which could affect insurers, and therefore the price at which you can transact.

Firstly, and most importantly, because of Brexit, UK insurers no longer fall under the European Union’s ‘Solvency II’ regulations. The UK government therefore issued a policy paper in October 2020 looking at changes to how UK insurers’ calculations of regulatory capital are performed.

Secondly, the European Insurance and Occupational Pensions Authority (EIOPA) has proposed changes to the Solvency II regime. Although such changes will not now directly impact UK insurers, they will affect some of the European reinsurance companies that UK insurers use to manage longevity risk, and this could result in changes to the pricing of UK insurers. Insurance regulation is complex, but the ‘risk margin’ is one important aspect to focus on which could be affected by both sets of changes being considered.

What is the risk margin?
At the most basic level, the amount of assets insurers must hold to back the business they write is their ‘best estimate’ of those liabilities – an idea pension scheme trustees and advisers are themselves familiar with – plus capital above that reflecting the risks they are running, which for a bulk annuity insurer include interest rate and inflation risks, credit default risk and longevity risk. This additional capital is the risk margin.

The risk margin is intended to ensure that an insurer has sufficient resources to remain solvent or to transfer its insurance obligations to another provider should the insurer fail.

What are the issues with the risk margin?
The UK Government review and EIOPA have both indicated that the risk margin is too volatile for insurers that write bulk annuities. For example, the current risk margin calculation is very sensitive to interest rate movements and there have been material falls in the level of interest rates in the UK, like most other countries, since Solvency II came into force. This has led to higher risk margins and (in absolute terms) higher premiums.

Further, the risk margin is heavily influenced by longevity risk and an unintended consequence of this has been that most UK insurers have offloaded large chunks of longevity risk to third party reinsurers in order to keep risk margins – and premiums – lower. From a general risk management perspective, many insurers would always look to reinsure some of their longevity risk, but the current level of reinsurance is extreme and undoubtedly a consequence of the risk margin. A lower level of reinsurance ought to lead to a more balanced mix of risks for insurers which should lead to better pricing.

How is the risk margin going to change?
In short, regulators recognise the issues and intend to address, in particular, the sensitivity of the risk margin to interest rates movements. EIOPA proposes changes that they state “will reduce the amount of the risk margin in particular for long-term liabilities.” Although less specific on what the changes might be, the UK Government paper is similarly very clear that the outcome is likely to be a reduced risk margin for insurers that write long-term business.

What impact might that have on insurer pricing?
On the face of it, this sounds like good news for schemes looking to purchase bulk annuities, as a lower, more stable risk premium should lead to lower, less volatile insurance pricing, all else being equal. However, these proposed changes will take time to be formulated and written into regulations. As such, I do not expect this issue alone to lead to any material changes in insurer pricing in 2021. It is also worth noting that several insurers have told us that they already allow for an expected reduction in the risk margin (at least in part) in their pricing.

Should schemes wait to purchase bulk annuities?
Absolutely not. Insurance pricing will change in 2021 but not as a consequence of new regulations, which will likely not come into play before 2022. The impact of regulatory changes will also likely be small in comparison to typical market movements. For smaller pension schemes, the mismatch between how their assets move and how insurance pricing moves can make the cost of buy-out to the sponsoring employer swing wildly. My advice would always be that if you have a price on the table that you like, you should take it.

K3 Advisory is the pension market’s only specialist independent bulk annuity and consolidator advisory business. Using first-hand experience from both the insurance and pensions sectors, K3 Advisory provides trustees and scheme sponsors with advice and brokering services to secure a smooth and effective transfer of liabilities to an insurer or consolidation vehicle.

The business was founded by Adam Davis in 2018 with the aim of improving the efficiency of the bulk annuity and consolidation markets for the benefit of all involved. The business is backed by the Vestey Holdings Group, a fourth-generation family business whose origin date back to the 1890s.

For all media enquiries please contact KBPR using the details below: